Okay, I hate myself. I have about 6 or 7 books that I’ve literally just bought, and life and reading were going fine after I’d finally managed to decide which one to pick first…and then I saw Netflix’s trailer on Facebook. Big mistake. Have you seen it? No? Well, I can’t let you hang here; here it is:

(Seen what I did just then?) And so, what did I do next? Of course, I went to my favorite online bookstore and bought the damn book…too. 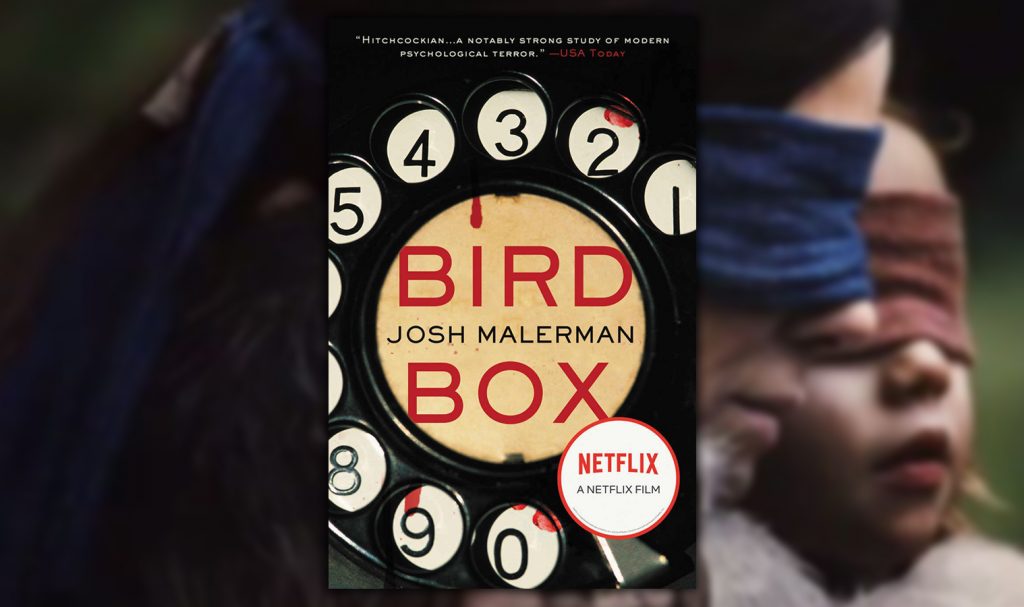 Something is out there…

Something terrifying that must not be seen. One glimpse and a person is driven to deadly violence. No one knows what it is or where it came from.

Five years after it began, a handful of scattered survivors remain, including Malorie and her two young children. Living in an abandoned house near the river, she has dreamed of fleeing to a place where they might be safe. Now, that the boy and girl are four, it is time to go. But the journey ahead will be terrifying: twenty miles downriver in a rowboat—blindfolded—with nothing to rely on but her wits and the children’s trained ears. One wrong choice and they will die. And something is following them. But is it man, animal, or monster?

From a reader’s point of view:

I never read horror, so I have nothing to compare, but this story—as scary as it was—wasn’t overly gory, bloody, or gruesome, more like an intense, psychological read.

If you’ve seen the X-Cop episode from The X-Files, there’s a lot of that in this book. If you haven’t: nothing’s more terrifying than the unknown. Something lurking in the dark. Something you can’t grasp. Something no one has ever seen, unless death followed. Something that’s causing people to hurt themselves and their loved ones, and no one knows what it is. All anyone knows is: keep your eyes closed. No matter what. And all you want to do is: keep reading. (Yes, forget your kids quarreling outside your fictional world.) I was literally on the edge of my seat—granted, somewhat uncomfortable, but unable to stop myself from reading.

It was creepy and as dark as Malorie’s sight from behind her closed eyes and blindfold. An eerie, scary, great read for Halloween.

From a writer’s point of view:

Josh Malerman did a fantastic job with the way he wrote his book—debut book, mind you. The sentences are short, raw, simple. Slick. Barely a simile. No purple prose. Nothing flowery that would break the flow and draw excessive attention to the writing itself. The story first. Only the story. Very efficient. And the descriptions…with the whole blindness factor…loved it.

I was a bit disappointed by the ending at first, for it leaves a lot of questions unanswered—starting with, what was the hell was it??—but as I searched my mind for how I would have ending the story had it been mine, I realized it was the only one. Plus, as a hardcore fan of The X-Files, who am I to judge opened, unanswered ends? So after a few minutes of reasoning while I went back to my true world, I changed my mind completely and thought I wouldn’t have wanted any other ending for this debut novel.